Crochet obsession and how it started...

Hi and welcome to my first blog post for:

I thought I would start out by introducing myself and tell you a bit about how I got here.
How crochet saved my life.

About 25 years ago, I was first introduced to crochet by my children's grandmother, Tukai (Pronounced too-kye). Tukai had a great and positive influence on me in my teenage years and welcomed me within the family and Pacific Islander community of a small town in New Zealand called Tokoroa.
The crafts group ladies of Tokoroa would host craft sessions at each others houses and share making big projects together. It was wonderful! They would make elaborate hand stitched applique bedspreads with the Hibiscus flower theme, hand embroidered items without a hoop (that was a new and amazing sight also) and then there was crochet! Always crisp white, always beautiful and always had my full gaze while they were all working. Tukai could see my interest and asked if I wanted to learn. I was ready like a quarter horse about to jump!
I will never forget what happened next, instead of getting ready and showing me how to do swatches of basic stitches, Tukai said "Go through my patterns and find something you like, then I will show you"... I was so excited but it took me about an hour to go through her cabinet drawer full of patterns. When I found one her response was "oh yes I like that one" in the "verbal drool" tone. (I make that tone often myself hehe). 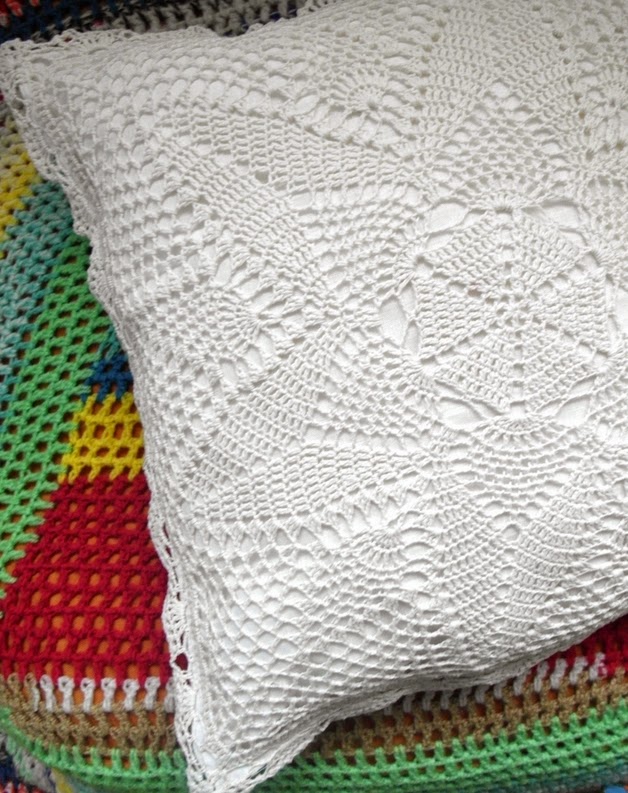 Tukai told me to "read the pattern, its easier that way" and then went on to describe how to find the start symbol, counting stitches, stitch symbols and away I went. Each time I came to a new symbol/stitch, Tukai would show me how to do it and off I would go again. I was hooked.
It took me all week to finish my cushion, but I was in awe of the work that I had finished and so was Tukai. I decided to give it to her as a token of my gratitude, and she took me to the library with a stack of patterns I chose from her collection and photocopied them all!

And so, my crochet addiction was born!

A few years (and more children) later, I hadn't had much time for crochet except the occasional dishcloth or hat or library book bag. While I had been living a jumbled lifestyle, it got worse and I became a solo mum with 5 children under 9 years old. Blow after blow, it got worse and worse and so did the crutch I relied on, alcohol.
I never saw alcohol as a problem, but anyone with a problem never does. It was in October 2012 that the final wake up call would smack me in the brain, ahh face!
With all the usual pressures of family life, a still new relationship, dealing with nasty old ones, managing debt, losing access to a grandson, losing an uncle, the kids friend died in tragic accident, and a bunch of other stressors on top of being drunk (my "coping mechanism") I had a violent nervous breakdown and spent 6 days in hospital care facility. (The scariest feeling EVER!!!)
I was not proud of any of what happened, but I knew I needed to "sort it out". I went to a Drug & Alcohol counselor and started over. In the first 6 months there were a few more slaps in the face, it seemed like a test to break me down again. The last kick in the guts, was losing my drivers licence. It was a "drunk driving offence" that I wasnt drunk when I recieved. I hadn't even been drinking. The rest of this police (and later lawyer and police prosecutor) bullying story I may share another time.

Anywho, feeling caged, isolated and battling to stay sober, I became severely depressed. Actually there are no words that can describe the feeling with enough gravity I was feeling at the time. I had even contemplated trying another "exit strategy" (Thankfully that was another problem I was actively working on overcoming).
I spent many times curled up in the corner of my kitchen on floor crying when no one was home. (Crying in front of anyone is still a hard task for me) 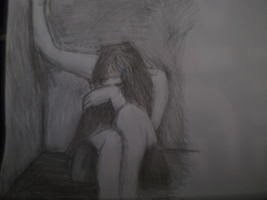 After a few months of this, I decided I had to do something. Something that I could do alone, something I could do at home, something that no one was going to complain about (oh the stories of my harebrained ideas lol), and most of all, something I could turn to for every emotional need.
I had some strict criteria for this solution I sought after.
But then...
Like an angel dropped the crochet hat I had made for my sweetheart right in my lap. It was covered in fur from the dogs and smelt funky. I decided to make him another one. I dug out some yarn and hooks from my wardrobe and got started.
While I was making the hat, a thought of something that made me angry rushed over me and I started gripping the hook tighter, my yarn tension got tighter. When I managed to "catch myself out" feeling this way and I looked at the work I had done while feeling "off", it was actually a better looking stitch. I was so caught up in how good the stitches turned out, I had completely forgotten about why I was feeling bad and carried on making the hat.

I had been chatting to, whinging to,  sharing progress in my addictions, with my Taokete Karen (who is just the best big sister ever, especially for listening to me drivel-on some days). Then a thought popped in my head to make something for her to show my gratitude towards her. I decided to make a lapghan. A few granny squares and some freshly learnt Tunisian Crochet skills it was coming together nicely. It took me all week to finish, but once I had, I felt great. It is always a warm fuzzy feeling when you look at something you have made with your own hands (that has turned out right I might add lol). I kept it a surprize until our next lunch visit. When she took it home, Tegs wanted one too... It was a better feeling that the "happy to finish this art work, let me be modest about this masterpiece" (Crafters of all kinds will know what I am talking about here).

I just realized this is probably starting to get waffley, I have a huge tendency to do that haha! SO...

The guts of it all is that when I start feeling down, angry or just generally out of sorts, I pick up a hook and start "taking it out" on the project. I can say with confidence that crochet is my new fix, my shoulder when I need one at some obscure time of day, it has also taught me a valuable lesson that I am reminded every time I work:

Crochet is the essence and description of life.
Both are made up of small steps;
Small twists and turns;
Some knots and cuts;
At the end of it all, you can admire your masterpiece,
knowing none of it would have been possible without any of those things. 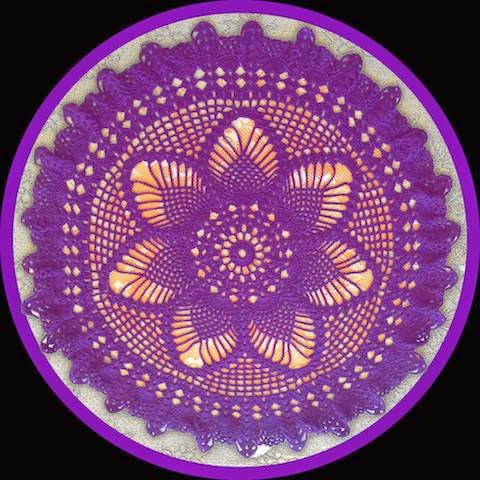 That is what keeps me hooked on hooking! Now I do it because I want to, not just because I needed to.

I wish you pleasure in something that nourishes your soul, that doesn't destroy you in the process.

Arohanui Koutou Katoa,
(Maori: Greatest love to all of you everywhere)

Email ThisBlogThis!Share to TwitterShare to FacebookShare to Pinterest
Labels: About Me

its from NZ! i want one

Get this eBook and browse the beautiful granny squares... You may just want me to make them

The Best and MUST HAVE guide. Original one was in russian

I have this set and the case is PURPLE wooo

I always like to have this guide handy when I'm designing, so I can play with new stitches